Every year, the National Insurance Crime Bureau (NICB) releases their Hot Spots vehicle theft report. According to the 2016 report, which came out this month, the Albuquerque, New Mexico metro area has the highest auto theft rate.

Before we look at the top 10 auto theft hot spots, understand that the data relates to metropolitan statistical areas (MSAs) designated by the Office of Management and Budget. So, when you see a city's name, keep in mind that its MSA typically includes an area much larger than the city itself.

The Top 10 Metro Areas in Terms of Auto Theft Rate Per Capita: 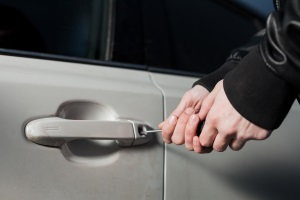 Here are some interesting tidbits about the top 10 list:

The list of 10 metro areas refers to vehicle theft rate. NICB notes that this type of population-based survey can allow areas with a smaller population and a moderate number of thefts to have a higher theft rate than an area with a large population and a much more significant theft problem.

Here are the top 10 MSAs in terms of total thefts:

Tips to Prevent Vehicle Theft from Happening to You

According to preliminary 2016 data from the FBI's Uniform Crime Report, car thefts are up 6.6% across the nation over 2015. Vehicle owners can follow these tips to better protect their cars from being stolen.

Protecting your car from would-be thieves typically requires only a common sense approach, but people in areas listed in the NICB's report may be better off taking extra care.

If you need to finance a vehicle but your credit is holding you back, it's time to team up with Auto Credit Express. Our fast and free service connects car buyers to local special finance dealerships that are capable of handling unique situations.

Avoid Some Easy Car Loans for No Credit Offers

How Identity Theft Occurs at the Gas Station

Auto Thefts Have Declined - Or Have They?