Just because a manufacturer stops making a certain vehicle model doesn't mean that it's a bad car. Any model can become a discontinued vehicle if it doesn't sell well enough. And there are a number of reasons why certain cars don't fare well with consumers.

It may simply be the case that a pretty decent car happens to be in an overcrowded segment and gets passed over by more impressive models. After all, it's only natural that most consumers will go for the vehicles with higher ratings and better features. But once a car becomes a discontinued vehicle, it could suddenly become a pretty decent value for a bargain shopper.

How Some Buyers get More for Less with a Discontinued Vehicle 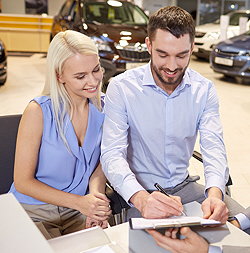 If a vehicle model gets retired, dealers could be left with inventory that they need to sell. Because of this, there's a good chance that interested buyers can purchase these cars at heavily discounted prices. And while these consumers may not be getting the best car in a particular segment, they could very well get a higher trim or more features for less money.

For example, say you know that you can afford the basic model of a new vehicle that's still in production. However, if you look hard enough, you may find a discontinued model equipped with a ton of extras for about the same price.

If this sounds like the kind of deal you're looking for, here are a few recently discontinued vehicle models to consider.

According to a lot of critics, the 200 is actually a pretty good car for the money. In fact, some reviewers feel that FCA is abandoning this midsize vehicle too soon. The 2017 200 comes with an upscale cabin that, according to testers, feels like it belongs in a car that's twice as expensive. And with a large number of optional safety features, the 200 can be one of the safest vehicles in its class.

Fans of the Dart may be pleased to know that its absence could be temporary. FCA has admitted that they might resurrect this compact car if another manufacturer wants to build it under contract. In reviewing the 2016 version of the Dart, critics liked its easy-to-use infotainment system. They've also been impressed with the fact that it offers sharp handling and a smooth overall ride.

The 2017 version of the Verano had a limited release, so this compact car may not be as easy to find as other vehicles on the list. But shoppers who track down a 2017 Verano for a good price will get a vehicle with a well-appointed cabin featuring premium materials. The front seats are praised for being very supportive and the ride quality has been described as "smooth and quiet."

One of the CR-Z's biggest downfalls is that it gets lackluster (EPA-estimated) gas -mileage for a subcompact hybrid. With that being said, though, critics have noted that it's a fun vehicle to drive. The 2016 CR-Z boasts nimble handling as well as a modern and stylish cabin. It also comes with a fair amount of cargo space and straightforward tech controls.

If you want an affordable vehicle to use for off-road adventures on the weekends, the Patriot might be a compact SUV to consider. Equipped with the four-wheel drive option, the 2016 Patriot is competent in rugged conditions. Its simple cabin is also easy to clean. And in spite of its hyper-simple design, a base model Patriot comes with Bluetooth and satellite radio.

Auto Loan Assistance for the Vehicle You Want to Buy

No matter what kind of new or used car, truck, van or SUV you're in the market for, Auto Credit Express can help. If you're worried that your bad credit will prevent you from getting financed, we'll work hard to make the buying process easy.

For no charge, we can match you with a local dealership that works with unique credit situations. Our service is also fast and obligation-free. You really have nothing to lose by contacting us. So go ahead and fill out our simple and secure online auto loan request to get started today.

The Most Affordable Green Cars to Insure