If you're afraid of the dark, you're definitely not alone. Fear of the dark, or nyctophobia, is apparently in everyone's DNA. Early, cave-dwelling humans learned quickly that predators could attack more easily at night. So, when the sun went down, they were understandably frightened.

And while most humans no longer need to fear being attacked by bigger animals after dark, night-time driving can cause plenty of stress. Even if you have good vision and are perfectly alert, there's always a fear that you might hit a pedestrian.

Night-Time Driving in an Age of Distractions 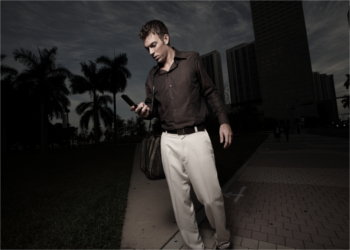 In a recent study commissioned by Ford, it was revealed that, out of the drivers who were surveyed, most of them are afraid of night-time driving. In fact, 81 percent of men and 87 percent of women polled admitted to feeling fear when driving after dark.

Out of those who claimed night-time driving fears, one in five said that they are most afraid of hitting a pedestrian on a dark road. And these concerns are completely justified. According to the National Highway Traffic Safety Administration (NHTSA), pedestrians are far less safe at night. In fact, in 2015, three out of four road fatalities involving pedestrians happened after dark.

These days, the possibility of hitting a distracted person on foot frightens a lot of drivers. Because people are prone to engaging with their phones while walking, they're often not paying attention. By not looking where they're going, they may suddenly walk right into traffic. At this point, it's up to drivers to be aware of their presence and react in time.

This can make night-time driving in and around cities very stressful. Therefore, in an attempt to address this issue, Ford has developed new in-vehicle Pedestrian Detection technology.

How Pedestrian Detection Technology Takes Fear Out of Night-Time Driving

Ford's improved Pedestrian Detection technology will be introduced on the next-generation Fiesta in Europe later in 2017. For the North American market, this tech will debut on both the 2018 F-150 and Mustang. For the first time, Ford's Pedestrian Detection system will be effective at night, when people are the most difficult to see.

Pedestrian Detection reacts differently when people are in the road because it is equipped with a database of people-shaped images. Basically, it knows that a person walking across a road isn't a tree or a sign. With radar housed in the bumper and a camera mounted on the inside of the windshield, the road ahead is scanned and images are collected.

The camera is able to capture more than 30 snapshots every second. This makes it faster than a movie camera, and gives the driver as much time as possible to react to a sudden pedestrian. If a person is detected, visual and audible warnings are given. But even if the driver fails to stop, the vehicle will automatically apply the brakes.

Ford's new Pedestrian Detection tech is, of course, not yet available. However, in the meantime, there are still things you can do to make it safer to drive at night, such as:

Finally, if you're out walking at night, try to help drivers out by putting your phone away and watching where you're going. It's also a good idea to wear brightly colored or reflective clothing. These tips apply to cyclists too.

Financing Assistance for Pedestrians Who Need a Car

If a car would make your life more convenient, there are financing options available for buyers with most types of credit. So, even if you have bad credit or no credit, Auto Credit Express can help. We can match you with a local dealership that can work with unique credit situations.

With our service, your shopping and financing experience can be easier and faster, and it will cost you nothing. This is because our service is free of charge. There are also no obligations attached, so you have nothing to lose. Go ahead and fill out our simple and secure auto loan request to get started today.

How Safe Are Your Headlights?