Distracted driving is a major concern on US roadways. In fact, according to the National Highway Traffic Safety Administration (NHTSA), there were 3,450 distracted driving fatalities in 2016 alone.

Numbers are on the Rise 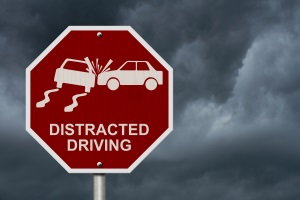 Distracted driving comes in many forms, but one of the most prevalent today is phone use. The NHTSA notes that the average amount of phone use behind the wheel has increased to three minutes and 40 seconds – 10 seconds longer than in 2017. Those 10 seconds may not seem like much, but according to the NHTSA, each time you look at your phone, it takes your eyes off the road for five seconds. Driving 55 miles per hour, five seconds is the time it takes to drive the length of a football field.

Zendrive, which strives to make roads safer by measuring and improving driver behavior using data and analytics, recently released their 2018 Distracted Driving Snapshot. Their findings show distracted driving increased in every state outside of Vermont.

According to Zendrive, one in four collisions on the road is due to someone using their phone while driving. When they studied phone use among drivers in the period from December 2017 through February 2018, they found that, on an average day, more than 60 percent of US drivers use their phones while behind the wheel.

Compare those numbers to census data and you’ll see that means a whopping 69 million drivers are using their phone in some way while their cars are in motion. That’s over 100 times more drivers distracted by their phones than previous NHTSA numbers (660,000) have suggested.

The States of Distracted Driving

Even though Vermont was the only state showing a decreased amount of cell phone use while driving, it still ranks among the highest percentage of drivers who handle their phones while behind the wheel – coming in 15th overall at 6.54 percent, down from 7.42 percent in 2017.

According to Zendrive, the top five states with the highest percentage of driver phone use in a moving vehicle are:

The five states with the least driver cell phone use are:

How Can We Combat Distracted Driving?

Despite new car safety features and advancements in vehicle safety technology, there are still far too many accidents from distracted drivers on US roads. However, traffic collisions, and the resulting deaths, are preventable. In fact, almost all collisions are shown to be from human error. In their study, Zendrive found that most phone use occurred at the beginning of car trips. Therefore, they suggest one simple solution to cutting down on distracted driving: simply finish your call, text, route check, or music selection before you put the car in gear.

Here are six ways you can get into the practice of becoming a less distracted driver when it comes to your phone:

Thousands of accidents in the US each year are caused by distracted driving. If you’ve been a victim of one that’s left you in need of a vehicle, but don’t know where to turn because of bad credit, let us help. Here at Auto Credit Express, we work with a nationwide network of special finance dealers that have the lenders available to help people with no credit, bad credit, and even bankruptcy.

Let us point you toward a dealer in your area that can get you behind the wheel of your next car – maybe even one that’ll help you cut down on cell phone use while driving. It’s simple to get started, just fill out our easy online auto loan request form now.