How To Be a Safe Driver

The importance of safe driving can never be stressed often enough, but with the U.S. seeing an uptick in deadly traffic accidents, now is a very good time to talk about it.

United States on Pace for Deadliest Driving Year Since 2007 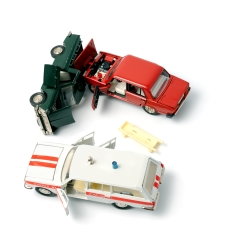 According to the National Safety Council, through the first six months of 2015, the United States is on pace for the deadliest driving year since 2007. Between January and June of 2015, there were 19,000 traffic deaths across the U.S., which is a 14% increase over the same time period in 2014. Another 2.2 million motorists have suffered a serious injury -- which the National Safety Council classifies as those that require medical consultation -- from traffic accidents in that same time period, which is a 30% increase from 2014.

When the economy improves and unemployment declines, the traffic crash numbers increase as a result. The only thing you can do is take responsibility for your driving habits and pledge to be as safe as possible.

Tips for Being a Safe Driver

Cars have more safety features than ever, but it's unwise to rely solely on technology to keep you and your passengers safe. The only way to truly make your travels safe is to adopt a safety-first driving mentality.

Is it Time for an Upgrade?

If your vehicle no longer feels safe to drive, it might be time for an upgrade. At Auto Credit Express, we specialize in helping motorists with damaged credit find affordable auto financing. Get started on the path to safer driving today by filling out secure and obligation-free online application.