A Michigan State Senate bill to amend the 1917 Pawnbrokers Act is set to be voted on as soon as Tuesday. The change would add a loophole to the act that would allow pawnbrokers to charge a 20% monthly "usage fee." If passed, this will allow consumers to borrow against their cars while continuing to drive them. 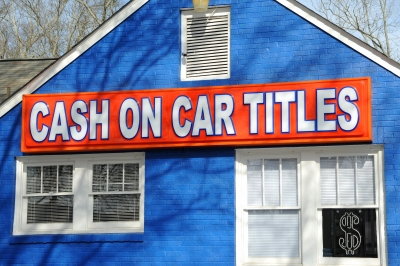 The Michigan Pawnshop industry, the Community Economic Development Association of Michigan (CEDAM), the Washington D.C. based Center for Responsible Lending (CRL), along with at least 50 other groups have spoken out against the bill. The primary backer for it is Select Management Resources, a Georgia based financial company.

A recent Detroit News article tried to get perspective on both sides of the proposed bill. "I don't know of anyone who is in favor of this except the car title lenders," said Jessica AcMoody, a Policy Specialist with the CEDAM. And Mark Aubrey, President of the Michigan Pawnbrokers Association stated, "It's not something we want, and it didn't come from us."

"Higher interest rates - even if they only apply to loans against cars - will only bring a higher rate of default. This could change the entire landscape of the pawn industry in Michigan and could affect consumers in an adverse way."
- Seth Gold, Vice President of American Jewelry and Loan

According to the non-partisan nonprofit Center for Responsible Lending:

"It's dangerous. It's a predatory form of lending." – Lisa Stifler, Attorney with the Center for Responsible Lending in Washington D.C.

The Detroit News attempted to reach out to Roderick Aycox, owner of Select Management Resources, on Tuesday. But, at the time of this publication, there has been no comment.

This Is Not Easy Money for Consumers

While it seems like this will provide fast relief for those who are in desperate need of financial assistance, it is actually very bad news. For example, with the 20% usage fee, a $1,000 title loan will cost the borrower an additional $2,760 in interest over 12 months. And that is on top of the original borrowed amount.

"If people default on this, they lose the car. How do you work? How do you get your kids to school? In this state, if you don't have a car, you're in trouble," said AcMoody.

Why It Won't Pass

Title loans are already illegal in Michigan, and with all of the opposition to this bill, and with Michiganders finally starting to see the results of a recovering economy, it is unlikely that this bill will pass. There are simply too many negatives involved in offering this type of predatory, high-interest lending to people who have very little chance of ever repaying.

Get Ready For the North American International Auto Show 2014

Is Chicago Auto Show a Sign of Economic Recovery