Distracted driving comes in many forms, and that long list now includes catching Pokemon. The new "Pokemon Go" smartphone app has become a sensation since it was released last week. The craze has become so widespread that a number of strange tales are piling up, and agencies are issuing warnings about safety concerns in regards to the game.

In today's world of social media and ever-present technology, our society tends to go crazy with certain fads along the way. "Pokemon Go" has caused the latest uproar.

"Pokemon Go" is a smartphone app that seemingly brings the popular little creatures into the real world. The Pokemon franchise has been around since the 1990s, but people of all ages are going crazy for this latest offering.

However, this game is unlike any other Pokemon one before it. It uses real-world GPS and location-based augmented reality, so where players go in real life matters when it comes to advancing in the game. Users are supposed to travel the real world and search for their favorite Pokemon, catch them, train them, battle them, collect items, and more. It's geocaching meets Pokemon.

If you've noticed an inordinate amount of folks walking around in your neighborhood with their phones out in front of them, it's probably because they are playing "Pokemon Go." The game has become the most downloaded smartphone app in the U.S. since it came out on July 6th.

And, just as with any craze of this magnitude, the strange tales surrounding it are piling up. 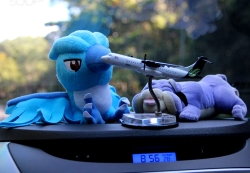 Because the game utilizes real-world mapping, it was designed to send people out on walking adventures. Players traverse the real world while searching for Pokemon and item gathering locations on the app.

This is the unique video game that gets people off of the couch and forces them to get up and *gasp* exercise. The game blends the virtual world with the real one, which is leading to some strange incidents, controversies and concerns.

Some of the stories have been very amusing, or even resulted in good things:

Others accounts have been disturbing and concerning:

While the game is supposed to be about walking around, some of the lazier players are finding ways around that. A number of users are playing the game while they drive, and those who do represent a great danger. 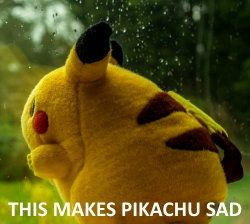 If you have a Twitter account, hop on it and search "Pokemon Go driving" and you'll see a disturbing number of people doing it, tweeting out pictures, sharing stories of close calls, and - worst of all - bragging about it.

Because of the game's widespread popularity and the danger playing it while driving represents, several states' Department of Transportation have served warnings to stop gamers from playing while driving.

"Reports of close calls associated with playing Pokemon Go already are rolling in. The Council urges gamers to consider safety over their scores before a life is lost. No race to 'capture' a cartoon monster is worth a life."

We urge anybody that is playing the game: Don't "Pokemon Go" and drive. Distracted driving is never safe and never smart, so heed these warnings. We also suggest that you play responsibly even while on foot. We'd recommend always being alert and aware of your surroundings and to play in groups to ensure maximum safety.

If you aren't concerned about catching Pokemon and would rather capture auto financing, Auto Credit Express can help. We match people with less than perfect credit to a dealership in their area that stands to give them their best shot at being approved for an auto loan. You can be next if you complete our free and secure online application.

Family Road Trips: How to Keep the Kids Entertained

Use Apps to Save Cash