Red-light running is a nationwide problem that can cause serious injury to drivers and pedestrians. That’s why American Traffic Solutions (ATS) and the Federal Highway Administration have implemented Stop on Red Week that began on August 6 and runs through August 12. Although Stop on Red Week lasts just one week, new statistics and information about this issue are worth looking at.

It could be argued that one of the most helpful technological advances in driver safety is the use of red-light safety cameras. A 2016 poll by the AAA Foundation Traffic Safety Culture Index Report found that:

Even though the poll found that people generally care about driver safety regarding red-light running, nearly 3.8 million drivers ran a red light in 2016.

Is Your State Dangerous? 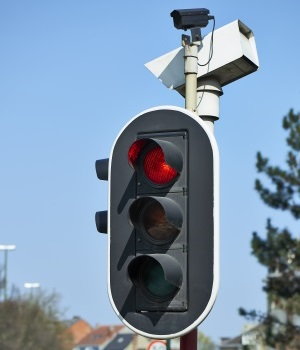 The National Highway Traffic Safety Administration (NHTSA) has estimated that 8,347 people were killed in 7,528 red-light running-related crashes between 2005 and 2015. In 2015 alone, 771 people were killed and 137,000 were injured in these types of accidents.

So, where are the majority of these accidents occurring? The NHTSA mapped of the 10 most dangerous states for red-light running, and they are, in order:

If you live in one these states, be extra cautious about red-light runners and always look before accelerating at a green light. Red-light running can be fatal to drivers, pedestrians and bicyclists.

Traffic safety is one of the most important things to consider as a driver. Your actions can affect people both inside and outside of your car, so it’s important to never run a red light. Always slow down when the light turns yellow and safely come to a stop. Even if you think you will make it before the light turns red, don’t take the risk.

Here at Auto Credit Express, we care about your safety and want to remind you to always obey the rules of the road. If you’ve experienced a red-light running accident and need a new car, but are struggling with bad credit, let us help you out. Feel free to fill out our auto loan request form today to get started.

Is COVID-19 Impacting Your Teen's Ability to Get a Driver's License?