The U.S. has certainly made progress towards reducing motor vehicle crash fatalities, but the country still has a long way to go. According to the latest Vital Signs report by the Centers for Disease Control and Prevention (CDC), the United States still has the highest vehicle-related death rate among 19 high-income comparison countries.

In order to come up with a list of high-income countries, the CDC analyzed data compiled by the World Health Organization (WHO) and the Organization for Economic Co-operation and Development (OECD). Each of the countries on the list had to:

The good news is that crash deaths in the United States were reduced by 31% from 2000 to 2013. And by implementing proven strategies, it is reasonable to expect further progress to be made. In fact, experts believe that the current number of motor vehicle crash fatalities that occur each day could be reduced by half. 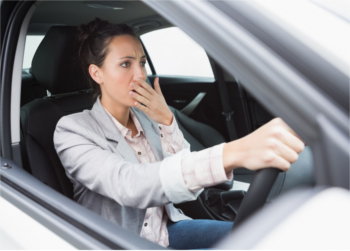 Unfortunately, about 90 people die each day from motor vehicle crashes in the U.S. This is on par with Belgium, the country with the second highest death rate after the United States. But if the U.S. had at least matched Belgium's automotive death rate, about 12,000 fewer lives would have been lost in 2013. Also, an estimated $140 million in direct medical costs might have been saved.

If the U.S. could have claimed the same vehicle-related death rate as Sweden (the country with the lowest crash death rate in the study) in 2013, approximately 24,000 fewer lives would have been lost. And for medical costs, around $281 million may have been averted.

On the topic of making American roads safer, Debra Houry, M.D, M.P.H., director of CDC’s National Center for Injury Prevention and Control, had this to say:

"It is important to compare us not to our past but to our potential. Seeing that other high-income countries are doing better, we know we can do better too. People of our nation deserve better and safer transport."

And in order for more lives to be saved on the roads, these are the stats that must be changed:

The researchers involved with this Vital Signs report concluded that the "proven strategies" that would eliminate many motor vehicle crash fatalities in the U.S. are actually pretty simple. They are really just safety measures that drivers should already be practicing.

How to Save Lives on U.S. Roads

The logic is very simple. People lose their lives in automobile accidents, so if crashes can be prevented, lives will be saved. Erin Sauber-Schatz, Ph.D., M.P., transportation safety team lead, CDC’s National Center for Injury Prevention and Control, has stated:

What can you do to help prevent accidents and fatalities while driving? Researchers recommend the following:

It really would be this simple to make America a much safer place for drivers and passengers. So, make a conscious effort every day to develop and practice good habits when you are behind the wheel.

Speaking of simple, it may be easier than you think to get approved for auto financing with bad credit. And this is important to know if you have credit issues and your current car isn't as safe and reliable as it should be. It may be time to replace it with a newer, safer model.

If this describes your current situation, Auto Credit Express can help. We can match you with a dealership in your area. Our dealers have connections with lenders that are qualified to work with most credit types. And our pre-qualification process is fast, easy and absolutely free.

Just fill out our quick and secure online car loan request to get started today.

And make sure that you never pay too much for auto insurance again. Click here for information about the best and most affordably priced policies. Free, instant rate quotes are available.