Keeping Safety in Mind During the Solar Eclipse

On Monday, Aug. 21, 2017, the U.S. will witness an eclipse of the sun. A total solar eclipse will be visible in a 70-mile-wide path stretching from Oregon to South Carolina. Other areas of the country will see a partial eclipse of the sun.

A solar eclipse occurs when the moon's path of orbit crosses directly between the sun and the Earth, casting a shadow on the Earth's surface. This is the first total solar eclipse visible in the continental U.S. since 1979.

Ways to Watch the Eclipse 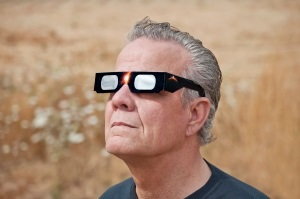 This is the first total solar eclipse to cross the entire continental United States from coast to coast since 1918. As the path of the eclipse crosses overhead, remember: safety first. Looking at the total solar eclipse with the naked eye can cause severe damage to your retinas.

Approved safety-rated solar eclipse glasses bearing the NASA seal of approval is the best option, but, according to NASA, welding glasses shade 12 or higher will allow you to watch as well—as long as the lenses are in good shape.

A lot of people are excited to go out and experience the solar eclipse tomorrow. Those in the 14 states along the "path of totality" (where the moon will completely block out the sun) will get the best seats on Monday.

According to the U.S. Department of Transportation, approximately 200 million people (just under two-thirds of the nation's population) live within a day's drive of the path of this eclipse.

Things are expected to get a little hectic on the day of the eclipse, and it doesn't help that August is peak highway construction season, either. Whether you are traveling to get a better view beforehand or you are going to be on the road during the event, it's important to keep safety in mind.

In light of this, AAA has provided some safety tips to use if you find yourself driving before or during the eclipse.

Don't Be Blinded by Bad Credit

If your plans of traveling to the path of totality were eclipsed by your car's poor condition, or your lack of vehicle has left you stranded, it may be time to start thinking about a new ride. A total solar eclipse is a beautiful thing, and so is the feeling of having the car you need.

Often, things like poor credit, no credit and past repossessions can overshadow your attempts to purchase a vehicle. But Auto Credit Express is here to help. Even if your credit isn't shiny, our nationwide network of dealers has lenders who can work with people in tarnished credit situations. Step out of the shadow of your credit issues and let us point you toward a dealer in your area. Begin now by filling out our online auto loan request form.

Protecting Your Car from Summer Heat

Hot Car Death: How to Prevent it from Happening