Traffic safety is one of the most important things drivers need to practice, and red-light running is one of the most common types of accidents seen on the road. That’s why many states have implemented red light cameras in their communities.

Where are the Cameras? 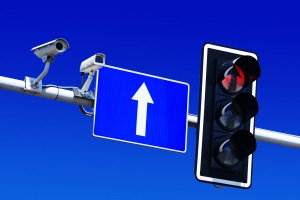 According to the Insurance Institute for Highway Safety (IIHS), red light cameras aren’t used nearly as much as they should be in many states. Here are some IIHS statistics on red light camera use:

Red light cameras are meant to do more good than harm for drivers. The idea of having cameras always on may sound intimidating, but the IIHS lists three main things these cameras do to busy roads:

Never run a red light. Always be aware of your surroundings and proceed with caution when making right turns on red. No matter where you’re going, your safety, and that of others, should be your number one priority on the road.

If you’ve experienced a red-light running accident and need a car, or need an auto loan for any other reason, don't let bad credit stand in the way. Auto Credit Express works with a nationwide network of dealers with the lending resources for people in challenging credit situations. Take the first step toward finding a dealer by filling out our auto loan request form today.